Make like Nero! Everything you need to become a whimsical Roman emperor. 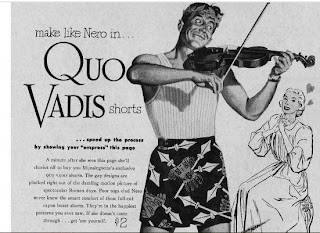 Get into power when young

You need to get into power while you're still young enough to know everything, preferably in your late teens. The optimal age is 15-23 or so: your aim is to be old enough to be independent but young enough not to have learned silly grown-up habits like moderation and consideration. Who needs those? Nero was 17, which was just about the perfect age to become a crazy dictator. 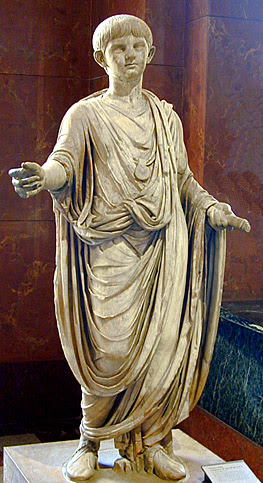 Nero, as a boy. From the relief at the Sebasteion at Aphrodisias. He looks quite cute here


Don't listen to your tutors

In fact, kill them if you can get away with it. Nero's original two tutors were a barber and a dancer, prescribed by his paternal aunt, Domitia Lepida. However, these were soon considered unsuitable, and he was recalled to Rome, instated as Claudius' adopted son, and given Seneca as a tutor. Seneca went on to write plays and philosophy, notably On Mercy which may have been a plea to Nero to reign it in a bit. However, Nero often ignored the advice of Seneca, or went out of his way to defy him. He wanted to race chariots and play games, rather than do any serious study. When it came to giving speeches, he made Seneca write them for him: the first Emperor not to write his own speeches.

Seneca was something of a hypocrite. We remember his works as Stoic (which as the name implies, was a philosophical tradition that was against excess, and glorified simple, hard work like farming) but in actuality he was one of the richest men in Rome, and was something of a loan shark in the provinces. He did make an effort towards the Stoic life-style during his self exile of 62. He soon returned, possibly involved himself in the Pisonian conspiracy of 65 to dethrone Nero and was subsequently forced to commit suicide. In the ancient sources, this took him an implausibly long time: poison didn't work, cutting his wrists seemed to be taking ages. Eventually he had his slaves carry him to the baths where the steam suffocated him.


Kill your mother, and other family members

Particularly if you think they are, or might be, or could steal your power. Nero, of course, was a famous matricide. There are several theories for his actions: that she was too powerful, and he wanted her out of the way, that he wanted to marry Poppaea, the wife of his friend Otho, and she wouldn't let him, or possibly she was plotting to put another person on the throne.  He also killed his step-brother Britannicus, Claudius' actual son. Britannicus was slightly younger than Nero, so did not take the throne on Claudius' death, but was beginning to look more and more like an attractive prospect. Suetonius claims that Nero killed him as  much as for his better singing voice as for his claim to the throne.

Britannicus went first- this is the moment when Agrippina lost control- as Nero had him poisoned. The first time this failed, and he was merely ill. Nero flogged the poisoner, and then administered another dose. As he fell to the floor, frothing and fitting, Nero calmly told fellow diners that he was "merely suffering an epilepsy". Nero's wife, Octavia, was Britannicus' sister: she was forced to agree, though she knew he had never had a fit in his life. The following day he was buried in secret. Not even Octavia was allowed to attend. 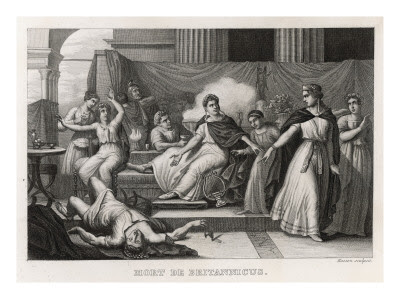 Agrippina's death was more theatrical. First she was sent home in a boat that was rigged to collapse, but she proved a strong swimmer. Her maid began screaming: "I'm Agrippina! I'm the Queen Mother! Save me, save me!". Unsurprisingly, one of the rowers killed her. Some days later, assassins arrived at her house. She told them to stab her in the womb, as she knew they came from Nero.

This one is particularly good if you're lording it over other people. Nero used to have whole outfits made of purple, when only Senators could wear even a purple stripe. He used to wear carved gemstones on his slippers (the extravagance!)

This is not Nero. This is Peter Ustinov playing Nero in the film Quo Vadis

Burn things for no real reason

Nero burned grain during a famine, an entire year's worth of incense at the funeral of his second wife, Poppaea (who he himself had killed) and possibly quite a large chunk of Rome so that he could build "Neropolis" on top. However, he spent his time trying to help putting the fire out, rather than singing the Fall of Troy. 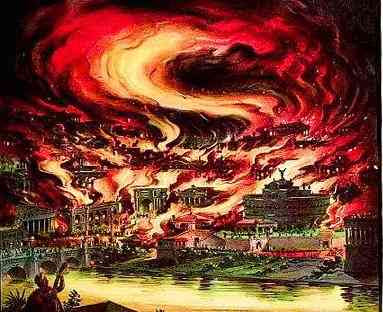 Have the craziest sex you can

Nero is very famous for his crazy sex life. He had several famous comcubines, most notably Acte. He first married Octavia, who was a "virtuous Roman matron", and decided she was far too boring. He divorced her and married Poppaea, his friend Otho's wife. This was fine, until she annoyed him while pregnant so he kicked her in the stomach and thus induced a miscarriage. This killed her, and he was devastated. Or at least, until he noticed one of his freedmen, Sporus, looked quite a lot like her. He had Sporus castrated, and married him. A bit later on, Nero married himself to Doryphorus (a man) in a large public ceremony. Nero dressed in the bridal veil, and then spent the (public) wedding night "immitating the cries of a virgin". Yup, you read that right.

Apparently even all this got boring, and Nero devised a new game. He had men and women tied, naked, to stakes. He and Doryphorus would then rush out dressed in animal skins and attack their genitals.

Yeah, I don't really get it either.

Do this at any and all opportunity. Nero began by hosting his own pricate "Youth Games" for himself and his friends, but he soon graduated to proper stage performances. His first appearence on a public stage was in Naples where there was an earthquake. He somehow took this as a good omen and refused to stop, declaring the gods were pleased with his performance. From there he went on to "win" all of the acting competitions in Greece (including the Olympics, after he insisted they add a poetry competition).

All of this is reported in the ancient sources, but I feel there is need for some moderation. Josephus says he has no intention of writing about Nero because enough people had left accounts, both good and bad, of his reign. However, the only accounts we have  are those of Tacitus and Suetonius. Suetonius wrote under Hadrian (c. 120, so almost sixty years later) and Tacitus under the reign of another "tyrant": Domitian. I can easily believe that much of what they wrote was grossly exaggerated. On the other hand, "Well, it probably wasn't as crazy as all that" wouldn't have made as good a blog.