The Importance of the Comedy Phallus

A couple of weeks ago I went to see the my university's Classics play.  I was, in fact, pleasantly surprised by the whole thing. A few good jokes, a couple of botched lines, some spectacular acting, and the audience (and myself) were in stitches. There was really only one thing missing, but it was a pretty major component.
Where, oh, where were the comedy phalluses?

(And before anybody complains, I've checked, you can spell it "phalluses" as well as "phalli", and my way sounds significantly less pretentious.)

There's no need to get high brow about it: the Greeks and Romans loved a good comedy penis as much as anyone. Let's review:


Phalluses in the Theatre

Phalluses were a common theme in Greek and Roman comedies. The foolish characters in particular wore them, generally made of leather and flopping about hilariously between the actors knees, see below. 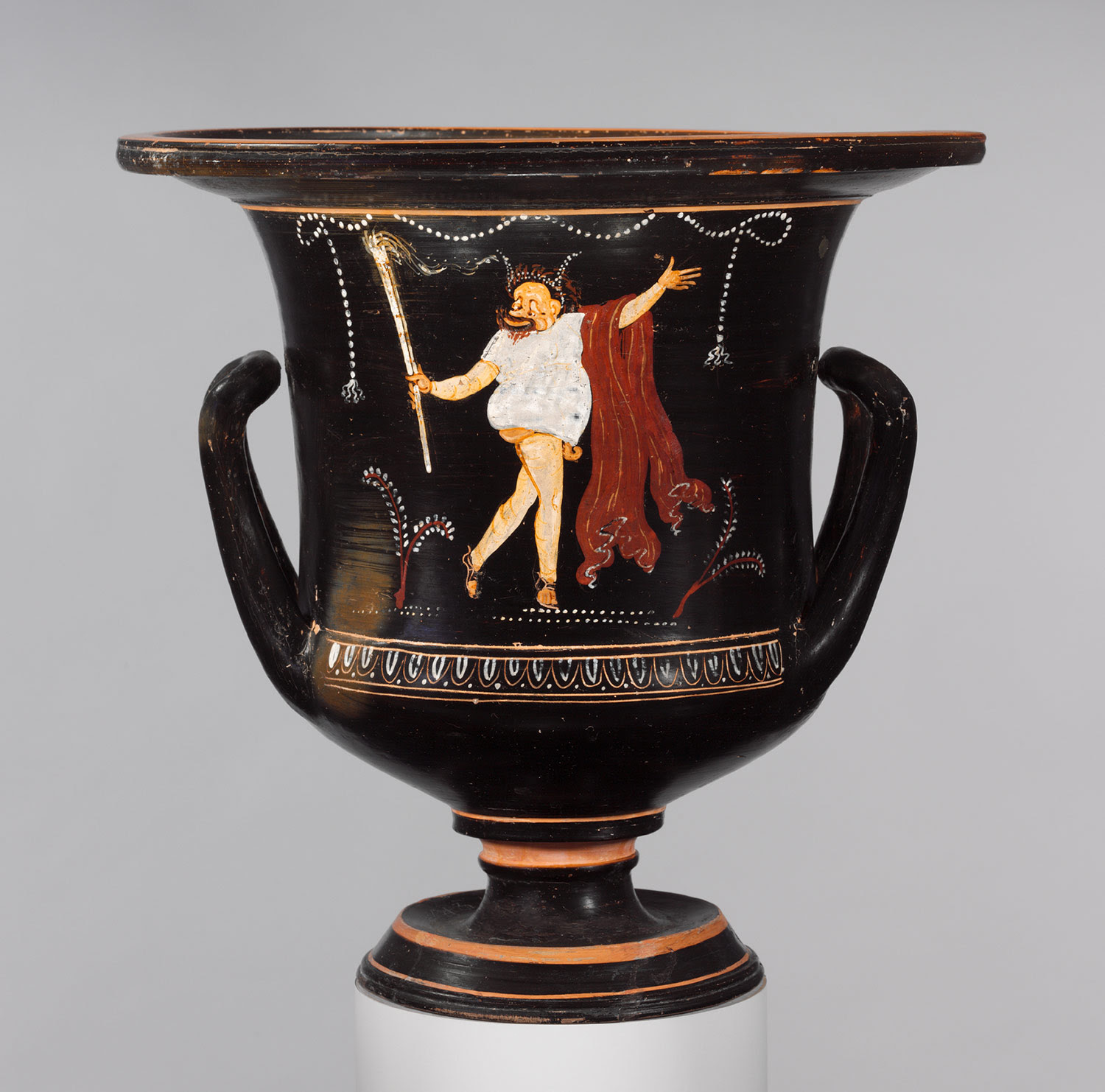 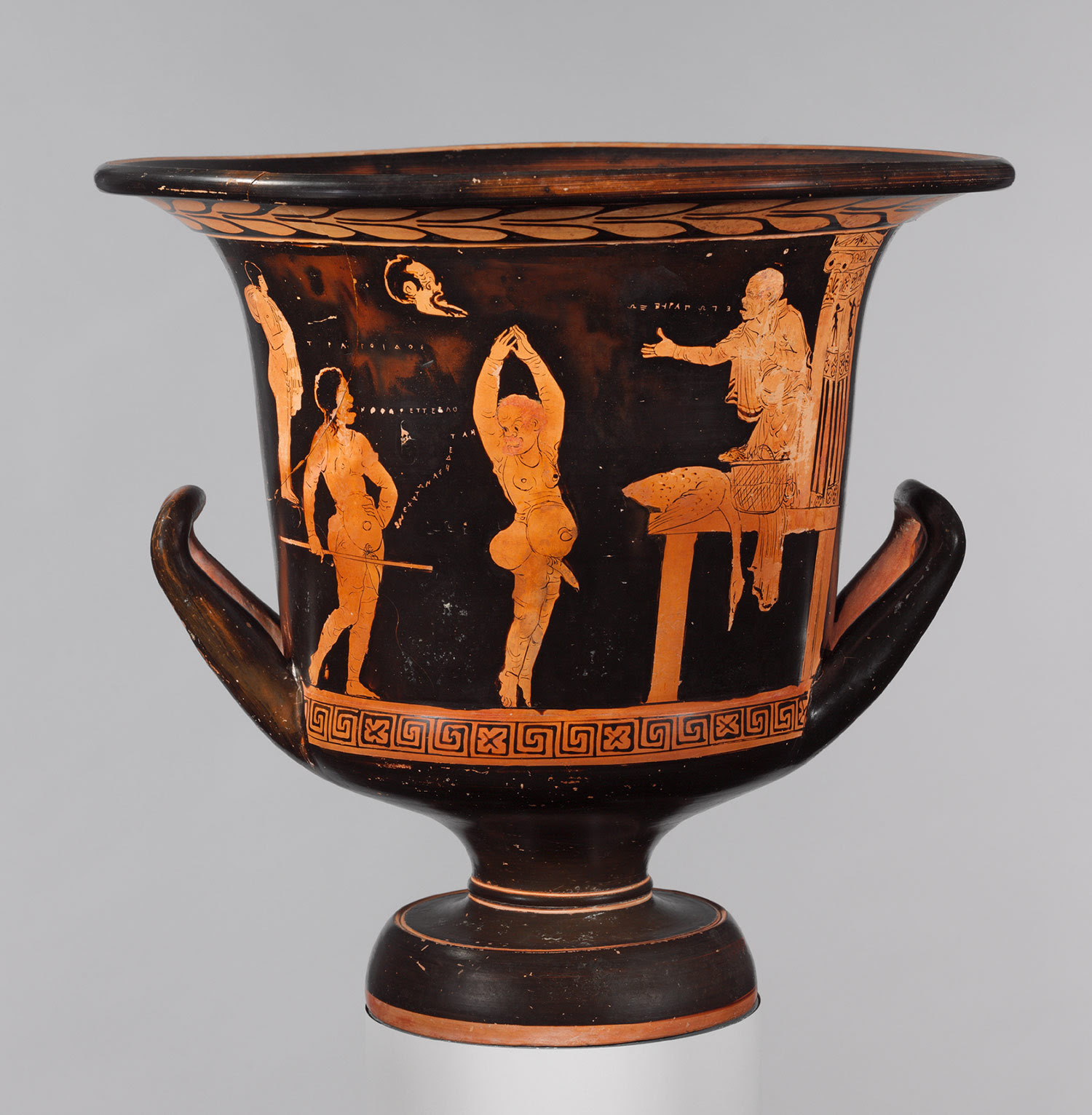 Phalluses in the Workplace

We don't have that many preserved Roman workplaces, and those that we do are in Pompeii and Herculaneum. These too usually had phalluses everywhere: 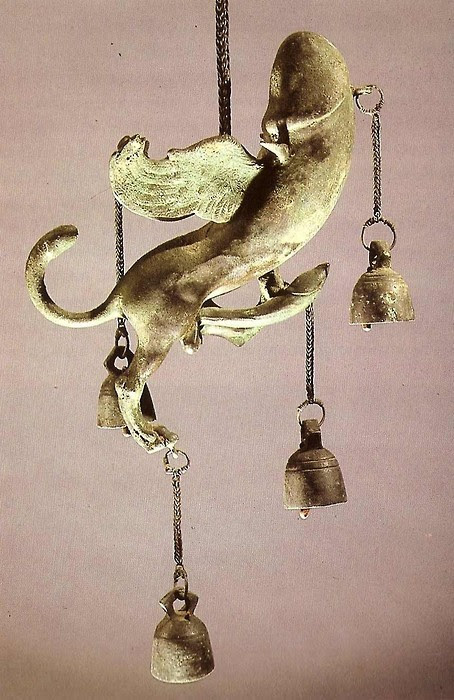 The first picture is from outside a baker's shop, the second is an artefact currently in the British Museum, a wind chime. Unfortunately, they decided not to be more specific than "Roman", so I can't tell you where it's from.


Phalluses in the Street

Pompeiian streets were also not immune to the phallic obsession. If you've ever been round Pompeii with one of the local guides, chances are they pointed several out to you, and told you they pointed to the nearest brothel. This is almost certainly not true, but it's a damn good story. Still, they are all over the place.

Phalluses in the Home

There are plenty of paintings and mosaics with large phalluses to be found in Roman homes. 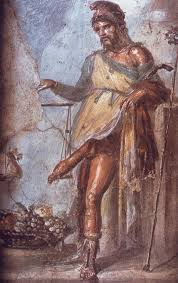 This second chap is even weighing his with a scale. Talk about confident. In fact, free born Roman boys even wore tiny penises around their necks, to signify their free-born status. These were kept in a leather pouch called a bulla.

So why were the Romans so obsessed with penises? Some have suggested there was a form of phallic-worship going on, and that does start to seem plausible. The penis was certainly the central focus of fertility rituals. However, other people have suggested that the penis acted as a good luck charm to ward off the evil eye. This too seems quite plausible. Unfortunately, we just don't know enough to be certain, and the chances are we never will.


Glance back through the pictures, however, and I'm sure you'll agree: comedy phalluses are hilarious, and they should definitely be in next year's classics play. Without fail.

If you ever saw the HBO series Rome you might remember Cicero (being played by Mr Collins from the BBC Pride and Prejudice) and Mark Antony (played by James Purefoy). Cicero hated Antony. Hated him so much, in fact, that he wrote, delivered and published fourteen seperate orations (called the Philippics) about how awful Antony was and how he was going to destroy the empire. Here's an extract from Philippics 2, a catalogue of Antony's atrocities. It's wordy but worth it.

"O miserable man, if you are aware, more miserable still if you are not aware, that this is recorded in writings, is handed down to men’s recollection, that our very latest posterity in the most distant ages will never forget this fact, that the consuls were expelled from Italy, and with them Pompey, who was the glory and light of the empire of the Roman people; that all the men of consular rank, whose health would allow them to share in that disaster and that flight, and the pretors, and men of pretorian rank, and the tribunes of the people, and a great part of the senate, and all the flower of the youth of the city, and, in a word, the republic itself was driven out and expelled from its abode. As, then, there is in seeds the cause which produces trees and plants, so of this most lamentable war you were the seed.

Do you, O conscript fathers, grieve that these armies of the Roman people have been slain? It is Antonius who slew them. Do you regret your most illustrious citizens? It is Antonius, again, who has deprived you of them. The authority of this order is overthrown; it is Antonius who has overthrown it. Everything, in short, which we have seen since that time (and what misfortune is there that we have not seen?) we shall, if we argue rightly, attribute wholly to Antonius. As Helen was to the Trojans, so has that man been to this republic—the cause of war, the cause of mischief, the cause of ruin. The rest of his tribuneship was like the beginning. He did everything which the senate had labored to prevent, as being impossible to be done consistently with the safety of the republic. And see, now, how gratuitously wicked he was in accomplishing his wickedness."